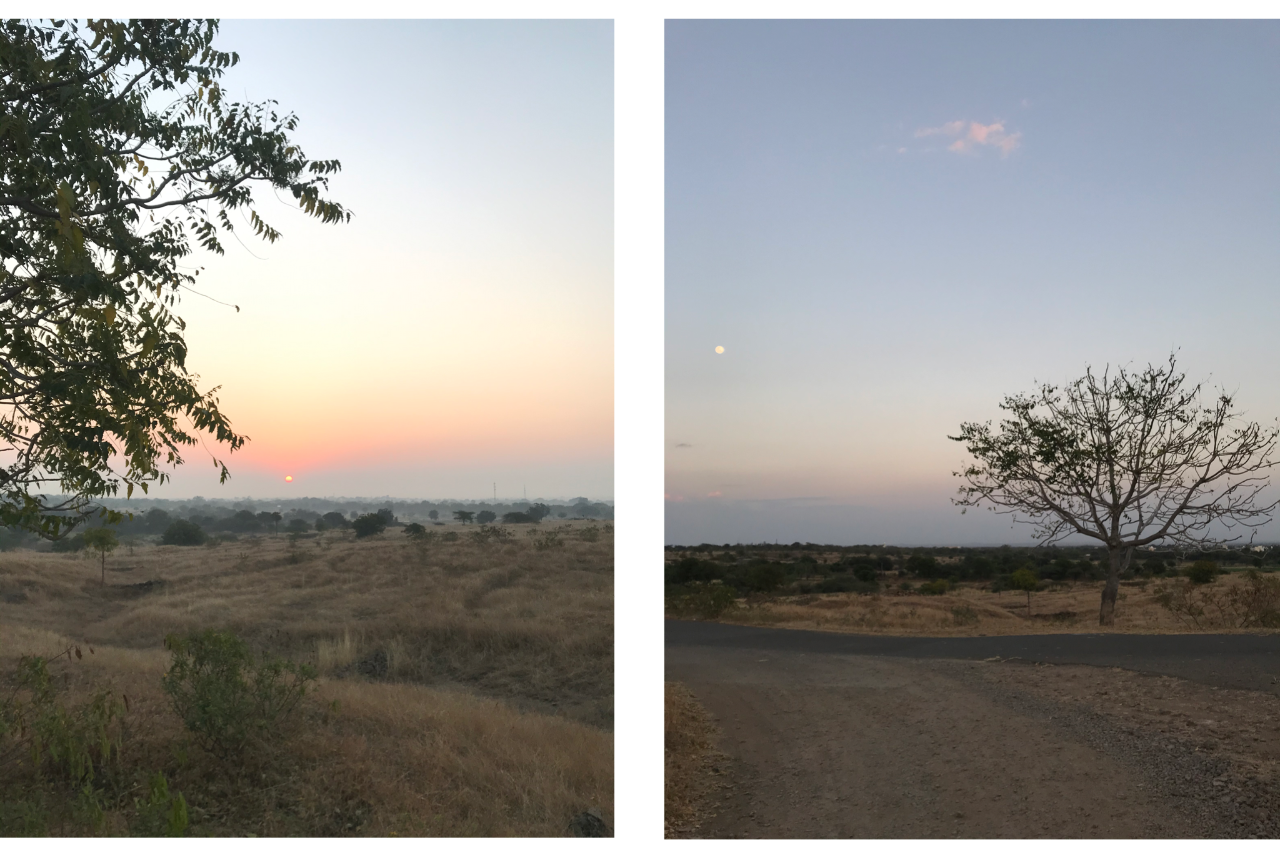 Reflecting upon my journey moving to the nearest city a decade ago and then returning home again this year.

I left my rural hometown (Ahmadnagar) when I moved to the closest city (Pune) in 2008 for college. Moving to the city meant more than simply going to college. As it has for so many before me, moving and living on my own gave me the space to kickstart a life-long journey on the path of self-discovery.

I had a troubled childhood growing up. The homes I grew up in were sources of trauma and abuse. The town, itself presented some challenges. Although a town of great history and natural beauty, it’s hard to describe it in another way than a “ghost town”. There was nothing to do and barely anybody to meet. Many of the positive shifts taking place in the world, hadn’t manifested here and it was a strange place for a young person to be. Most young people living in my town wanted to move out, and I guess that was true for me as well. The decision was made easier by the fact that I was in a serious long-distance relationship at that time which could benefit from me moving out (either to Pune or Mumbai). I chose to move to Pune owing to its proximity to both Mumbai and Ahmadnagar, its reputation for having good educational institutes, and for its relatively slower-paced life in comparison to Mumbai.

Moving afforded me for the first time in my life an opportunity to free me from the shackles of where I was living. I had a chance to create the sort of life I wanted. I was lucky to live on my own, which helped me create a safe space for myself that I didn’t have to share with anyone and could make my own. This space fed me, enabling me to grow and learn. The city also presented me with more opportunities. I was constantly meeting many like-minded yet diverse people and I was also able to do more of what I wanted. In many ways, it felt like the city and I were growing together. 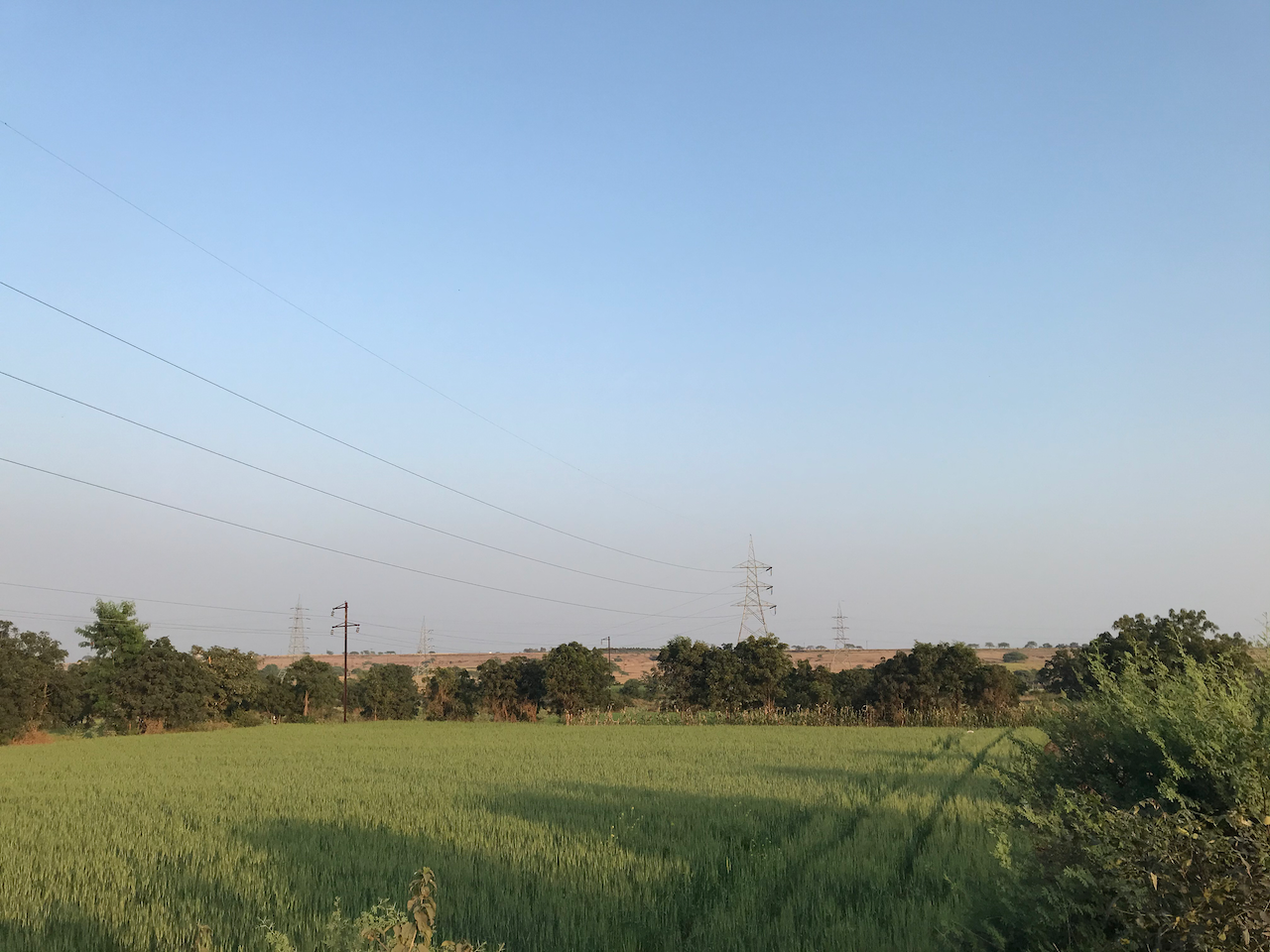 In 2019, after more than a decade in the city through both my education and then later my work, I began feeling the same sense of stagnation that I had felt before leaving home. All the aspects of living in the city that I enjoyed were becoming increasingly difficult to truly take part in. Between my day-job (including the commute), this blog, and household chores – I felt spent. My desire to live a slow and mindful life in deep communion with nature also seemed to be at odds with the way the city was growing. As I mentioned earlier, I chose Pune because it felt like a good balance between Mumbai and Ahmadnagar. But now, the city felt increasingly chaotic. All of this led me to consider moving back to my rural hometown.

Since my job was the glue keeping me in Pune, I decided I would start by quitting my job. Walking away from a job with the vision to start something on your own is probably rarely easy, and it wasn’t for me either. There aren’t many jobs or opportunities to start a business (more on this below) but since what I wanted to do wasn’t dramatically limited by these challenges (at-least in the long run), I reassured myself that it would work out for me. I was strengthened by the wisdom that I had already spent a lot of time on a path that didn’t completely resonate with who I was and the sort of work I wanted to do. I knew that if I did not walk away, I probably would not get another chance. So I faced my fears and took the plunge and quit late in 2019 (November). I decided I would see the year through before moving back and at the start of this year (2020), after more than a decade of living in the city, I put an end to my chapter in Pune and moved back home. 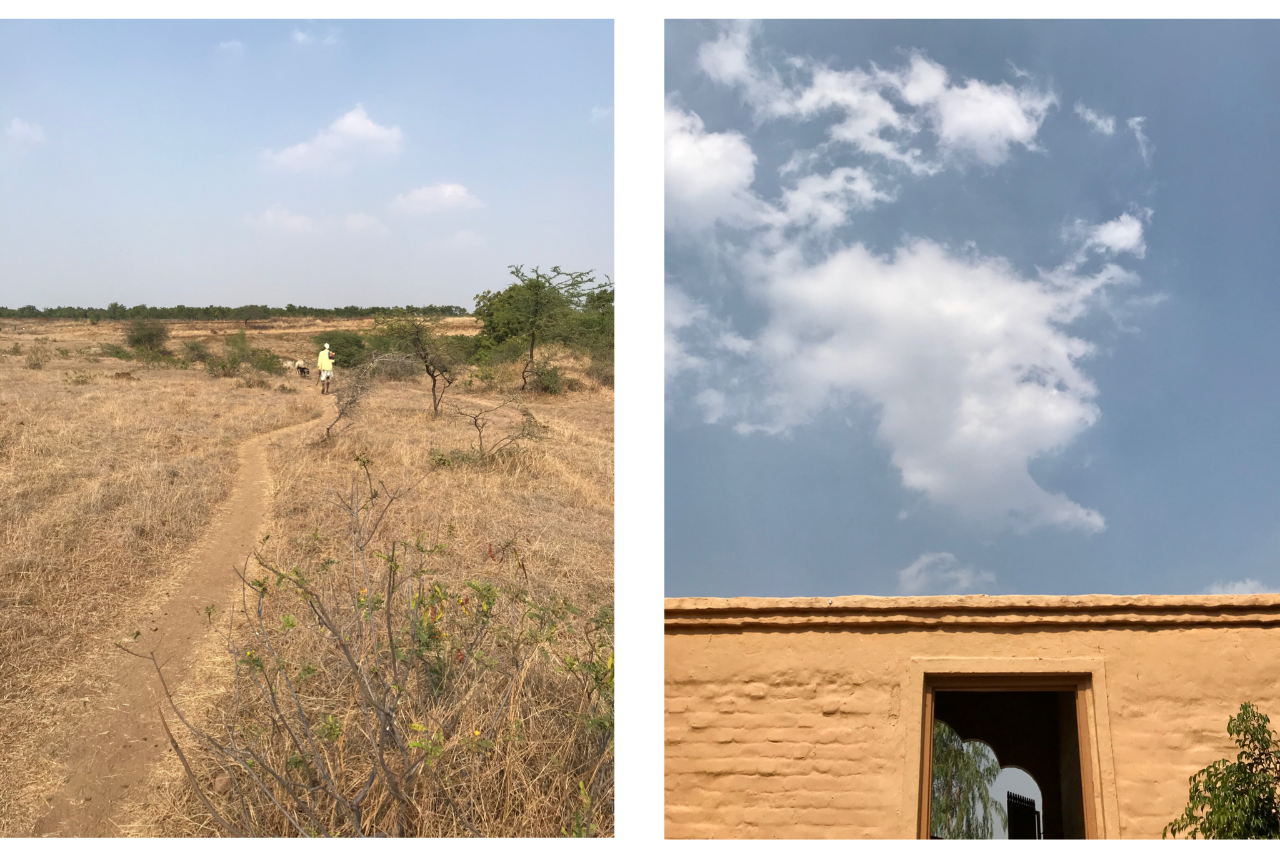 As you can imagine (and might have experienced yourself), moving is a stressful affair. After all the planning, hiccups, revisions, and execution, I felt completely burned out. One thing that ended up helping, is the fact that I had spent the past couple of years minimizing. To clarify, I still had to spend a sizable amount of time and energy to pack my belongings, but I am certain this would have been much worse if not for the minimizing I did in the years before. I was also lucky to have had several friends around through the move, including both my last few days in Pune as well as my first few days back home.

After I was done moving, there was also a period of adapting. Moving to a rural setting comes with its own set of trade-offs. Although it is easier to live a slow and mindful life in deep communion with nature here, there are many other aspects to life that are difficult here. Adapting and working around these differences between the city and rural life took me another few weeks. 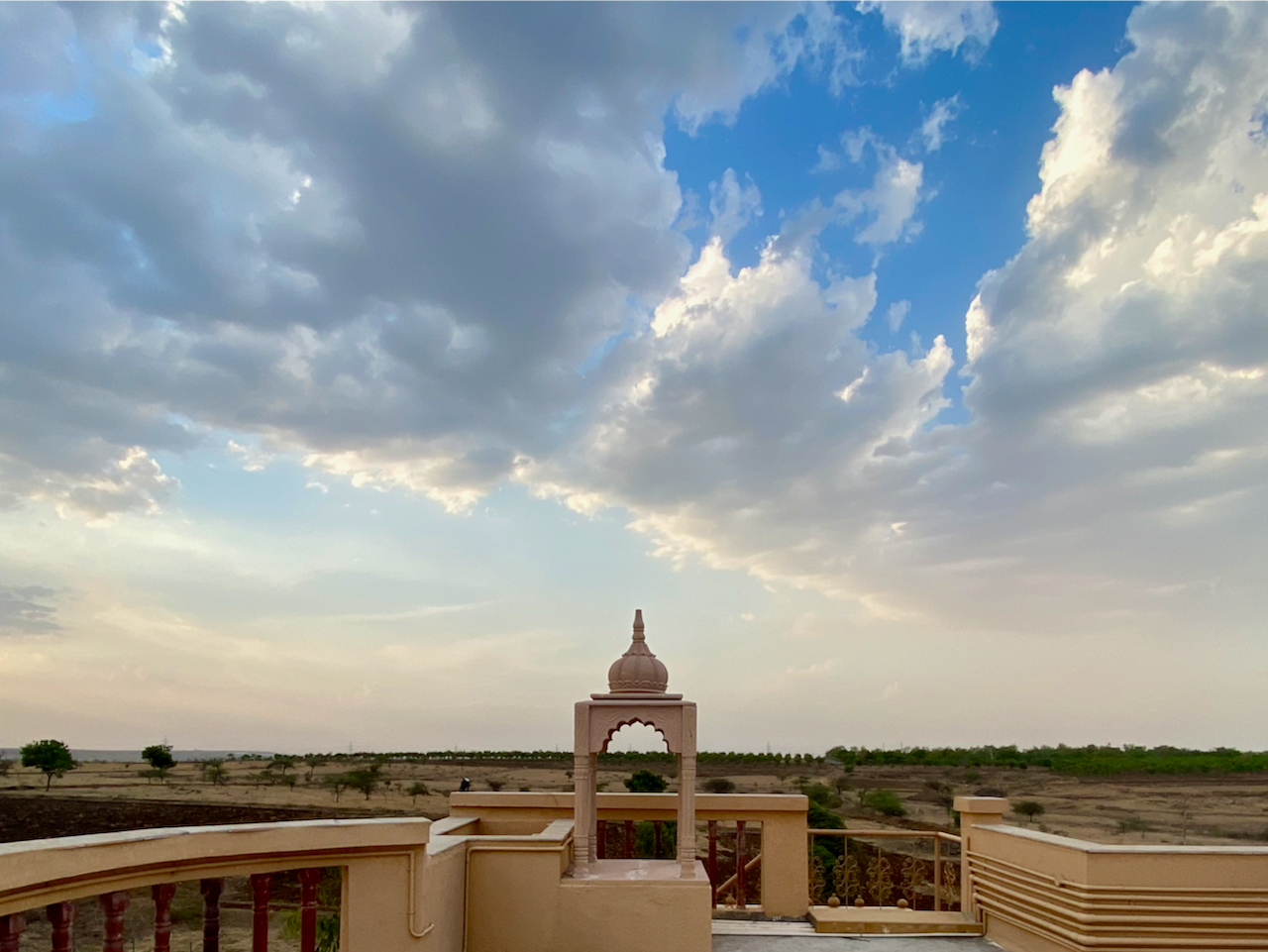 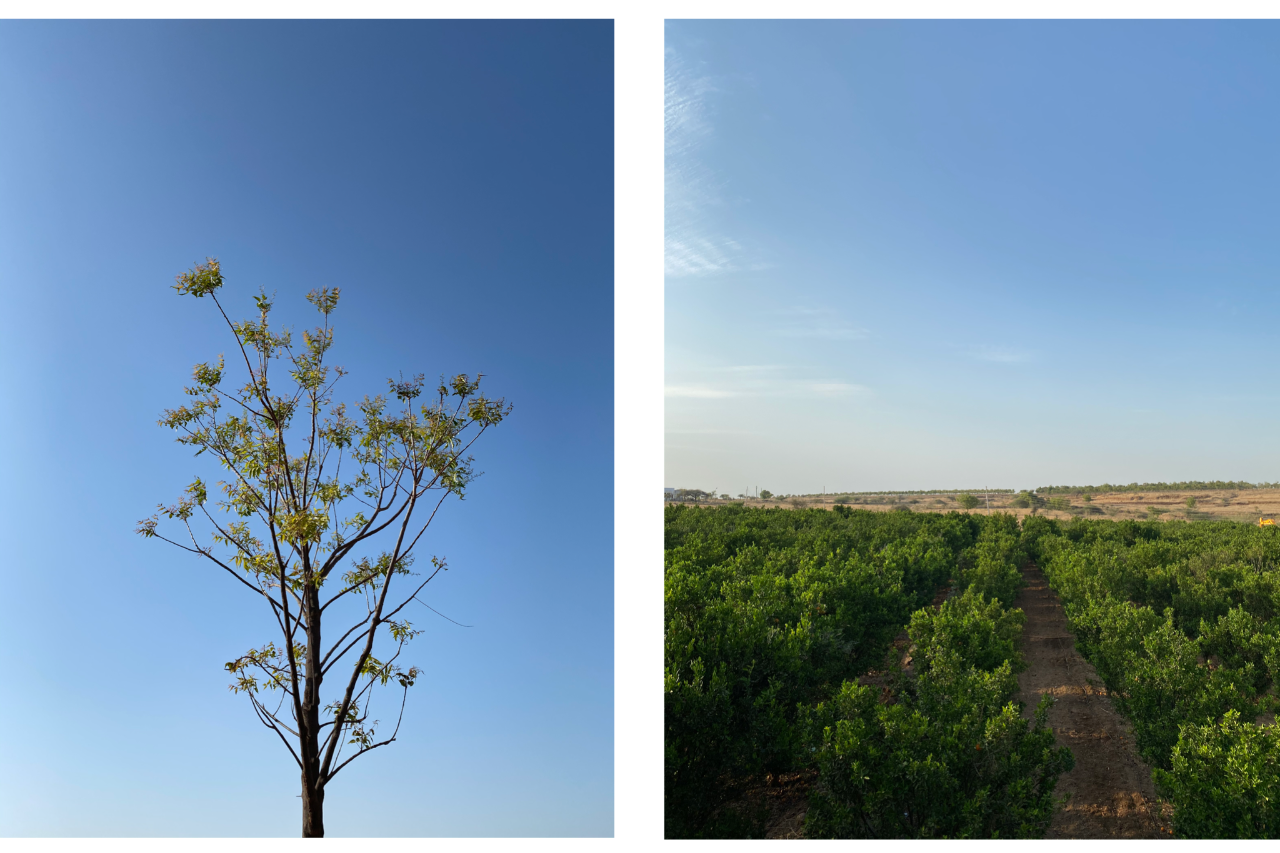 At Home But Locked-In 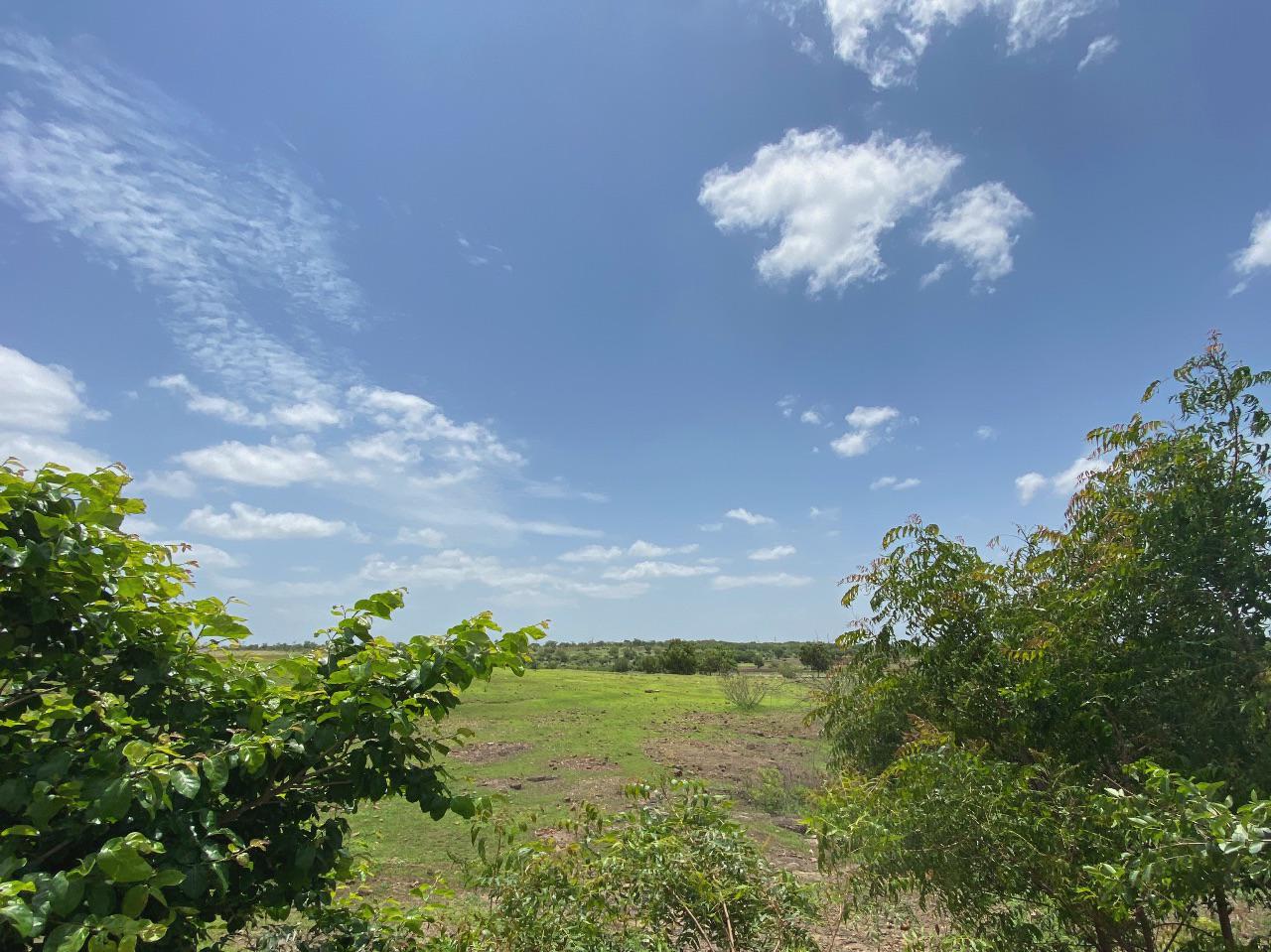 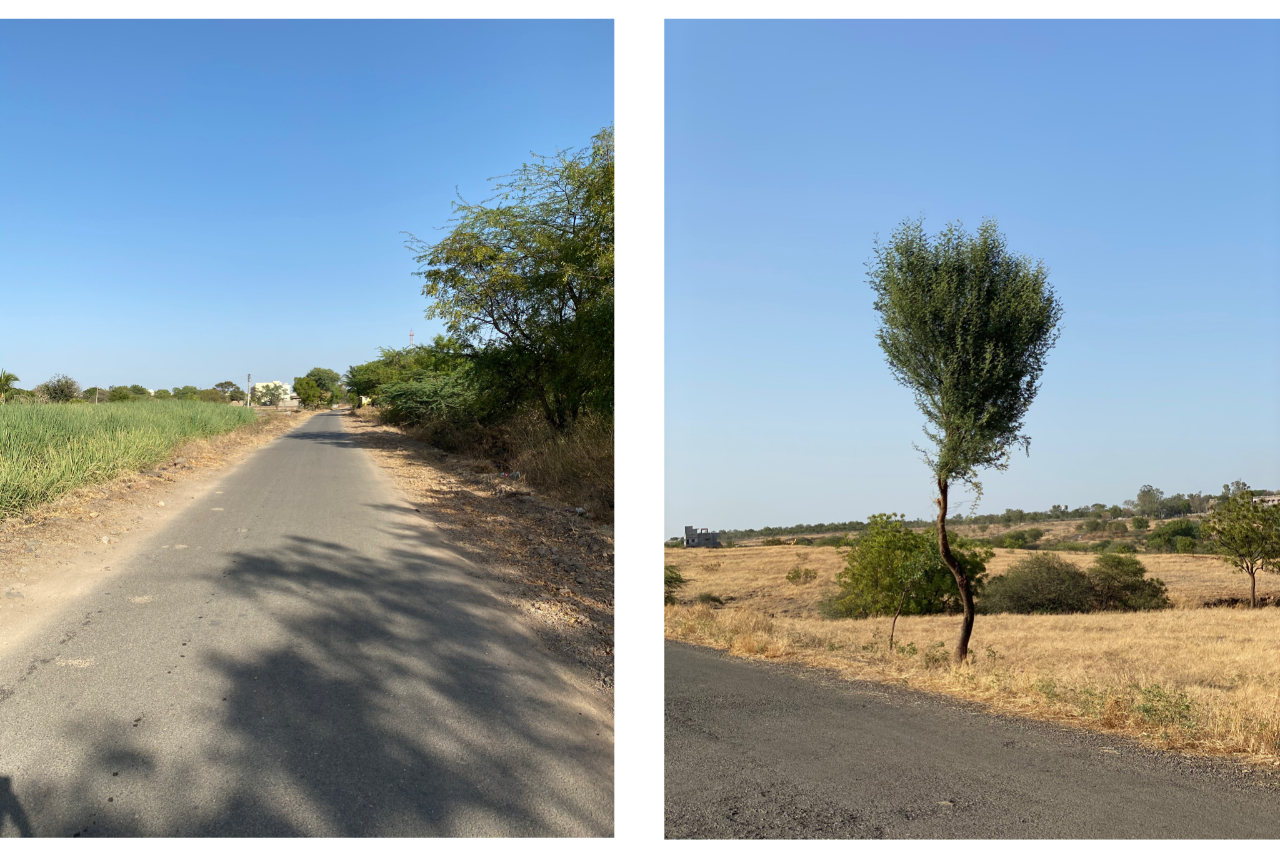 By the time I completed my transition and was beginning to find my rhythm, it was already mid-March. About a week later, India went into lockdown and after barely finding my ground after quitting my job and moving, I had to buckle up for a global crisis.

In many ways, the changes I had been making in my life and my very decision to move back, inadvertently ended up helping me prepare for the crisis. My exploration of minimalism helped shape me into a person who has very few needs. My exploration of slow and mindful living in deep communion with nature made me wary of the city and guided me back home, where I am naturally isolated.

One way of looking at all of this is as a good coincidence. Another is to see it as the reward of clarity and groundedness that fearlessly following our path begets. Knowing what it took for me to get here, I gravitate towards the latter and I am grateful that I trusted my intuition and had the courage to quit my job and move back. Either way, it has translated into me being home and living a life that aligns better with who I am than what I had in the city, which is something to be grateful for, especially during present times. 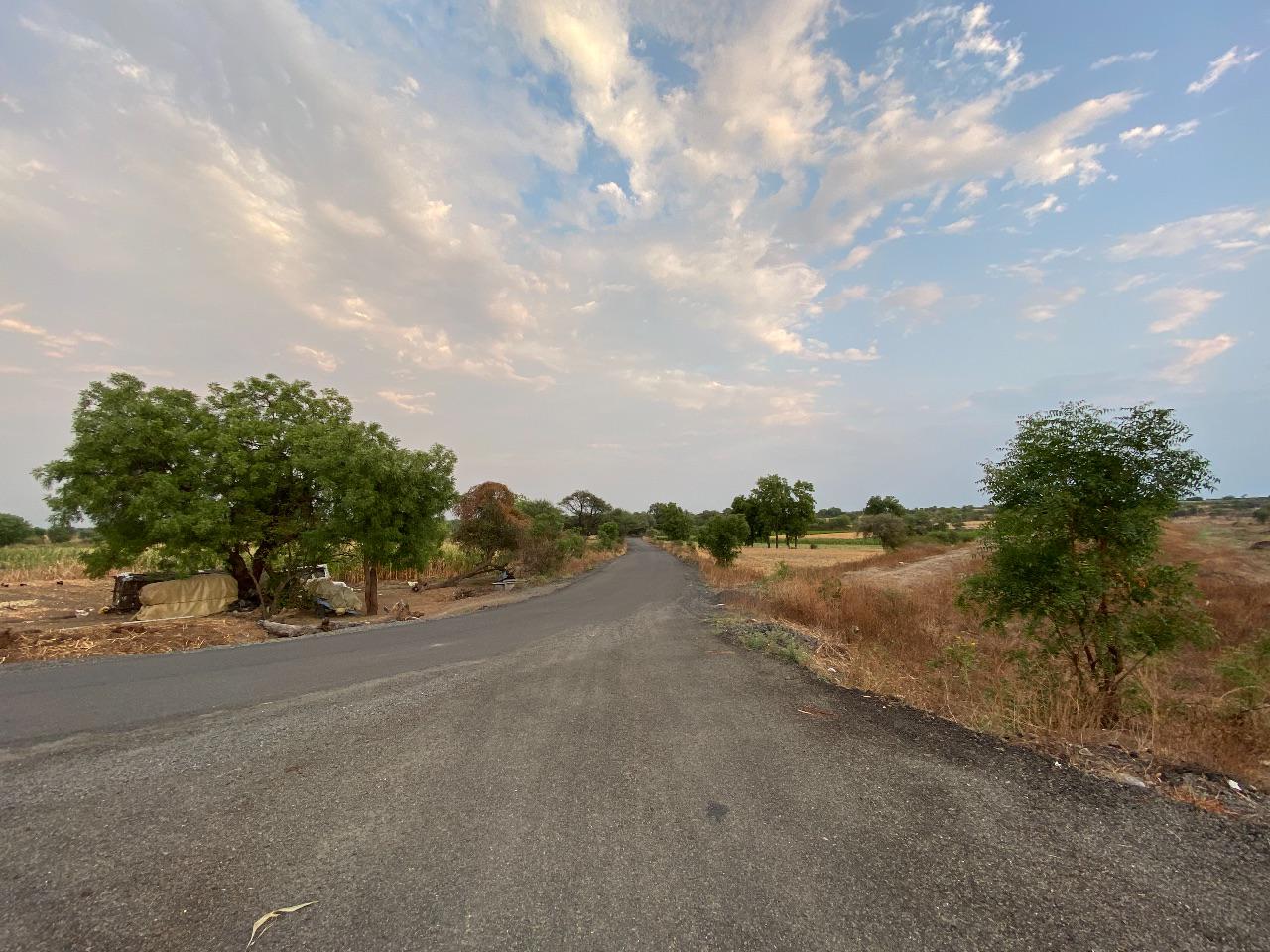 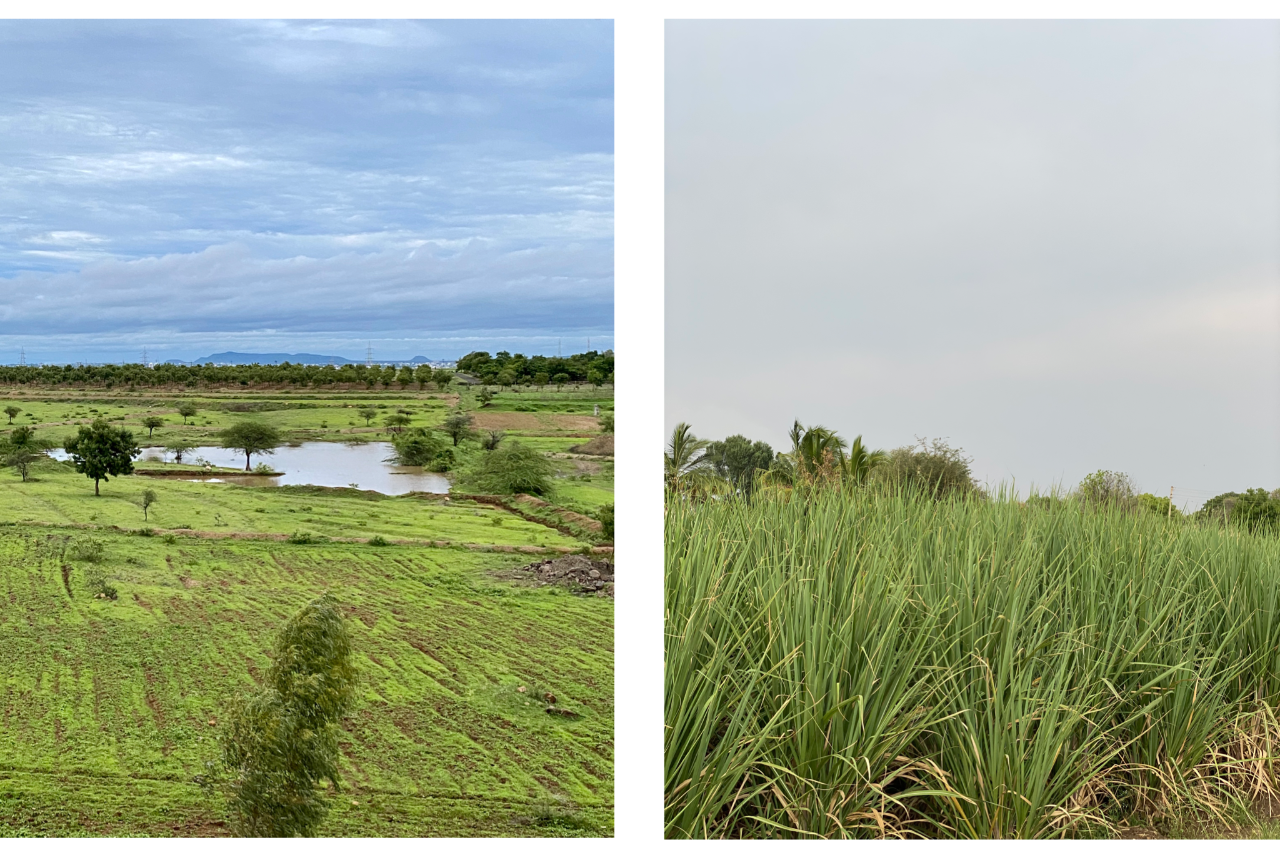 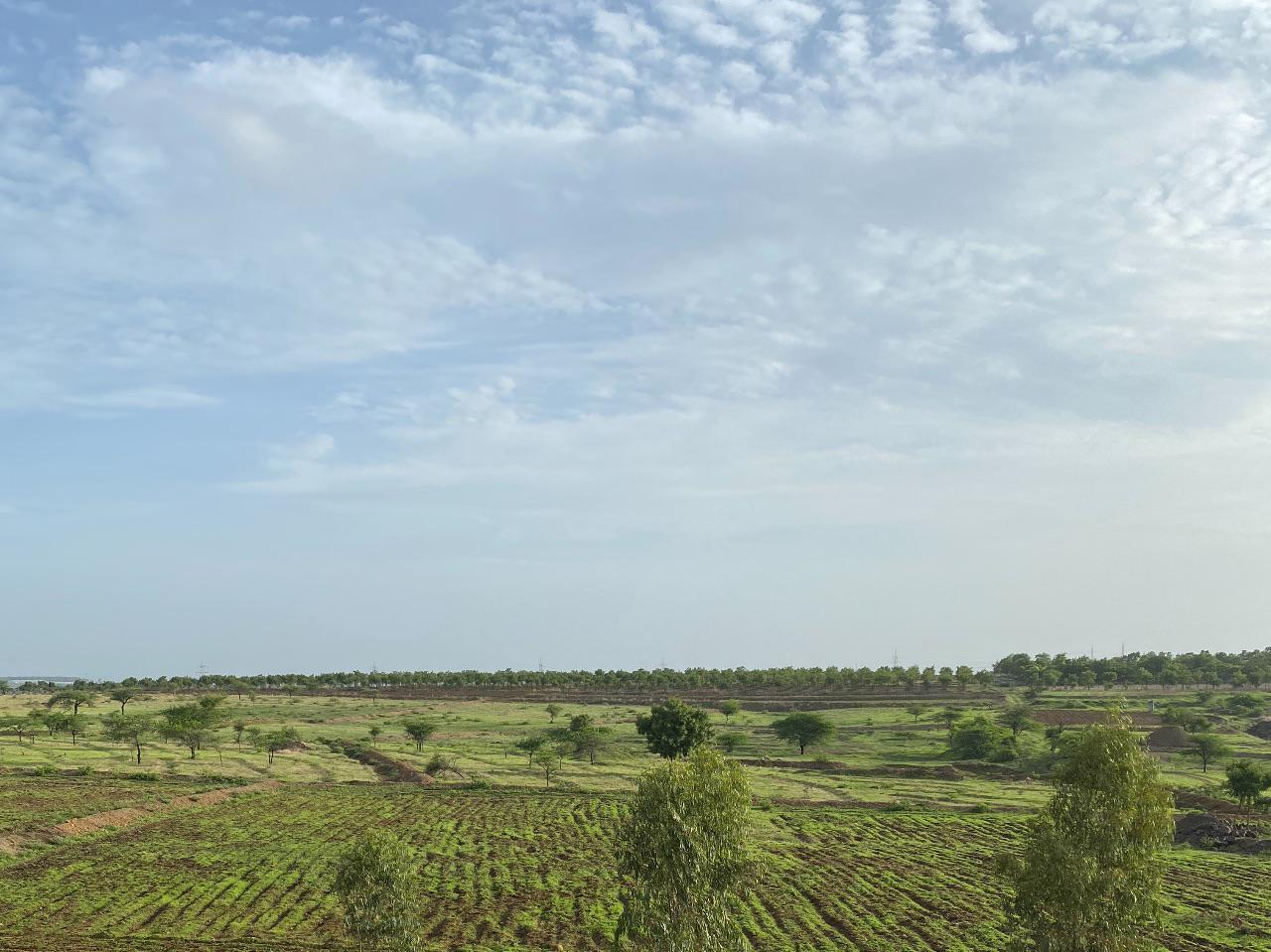 The present times and absorbing them from my newfound rural perspective has dramatically shaped how I’m approaching life and my work. Moving back to rural India, got me in touch with realities that I had known all my life, but somehow had managed to blanket in the city.

The rural side of the country still lacks many basics that we take for granted in the cities. This includes access to affordable and quality healthcare + education, consistent electricity, and high-speed broadband internet. Infrastructure is also majorly lacking and can often be life-threateningly bad (although this is true in pockets of the cities of India as well). Lastly, there are very few well-paying jobs. Most people who leave their hometown to pursue higher education, cannot return back because there are very few avenues for them to earn a living (both in terms of a job and the potential of doing business in a small town with a small population base and established small businesses). This is the general trend. The worst impacted people often do not have access to something as basic as drinking water or a toilet. To cut it short, there is a lot of basic work that needs to be done here.

Becoming aware of these realities has had a profound impact on me. It made me realize that I have a responsibility to bring this rural identity and perspective to conversations around mindfulness, sustainability, and social justice through my writing. It also awakened me to the fact that now that I have returned home, I have the opportunity to be more involved and help with the grassroots initiatives that are aiming to address some of these concerns. 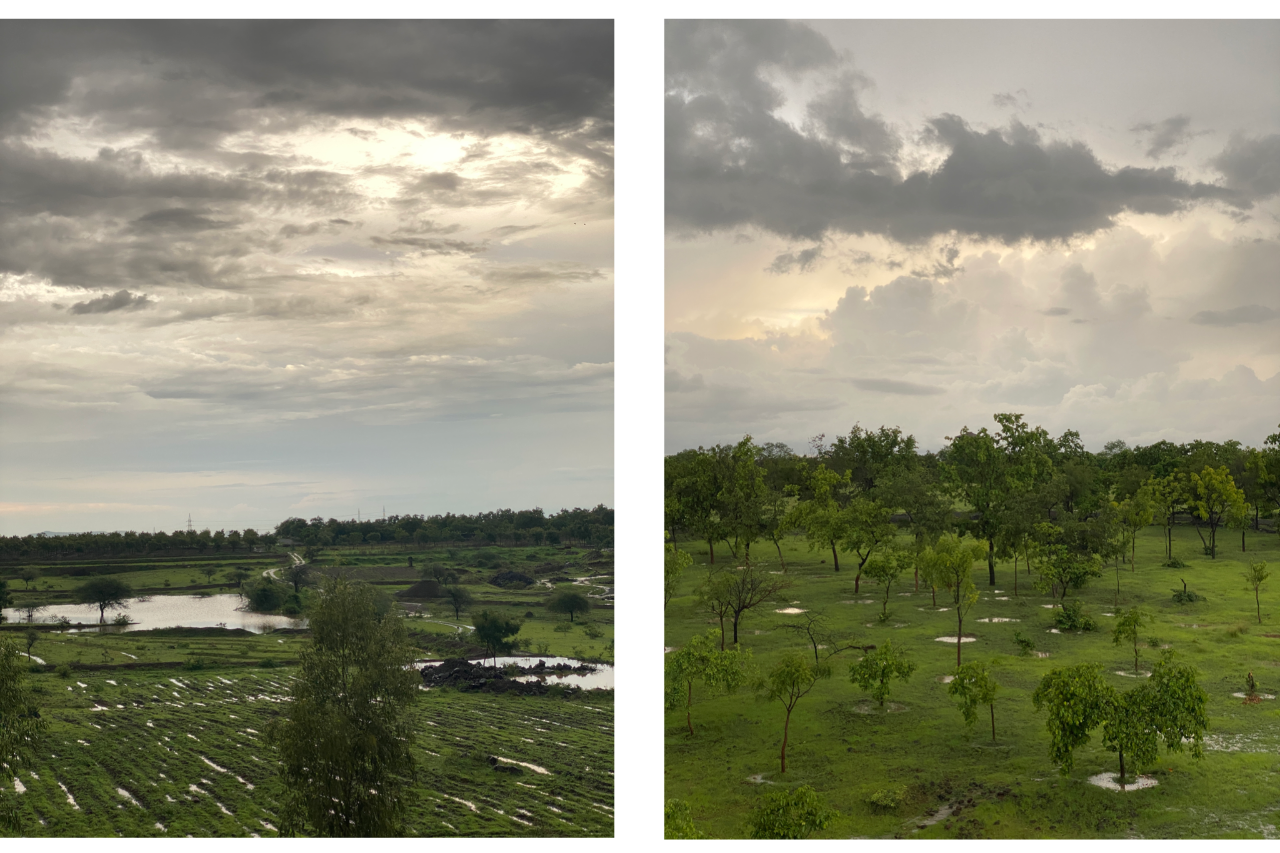 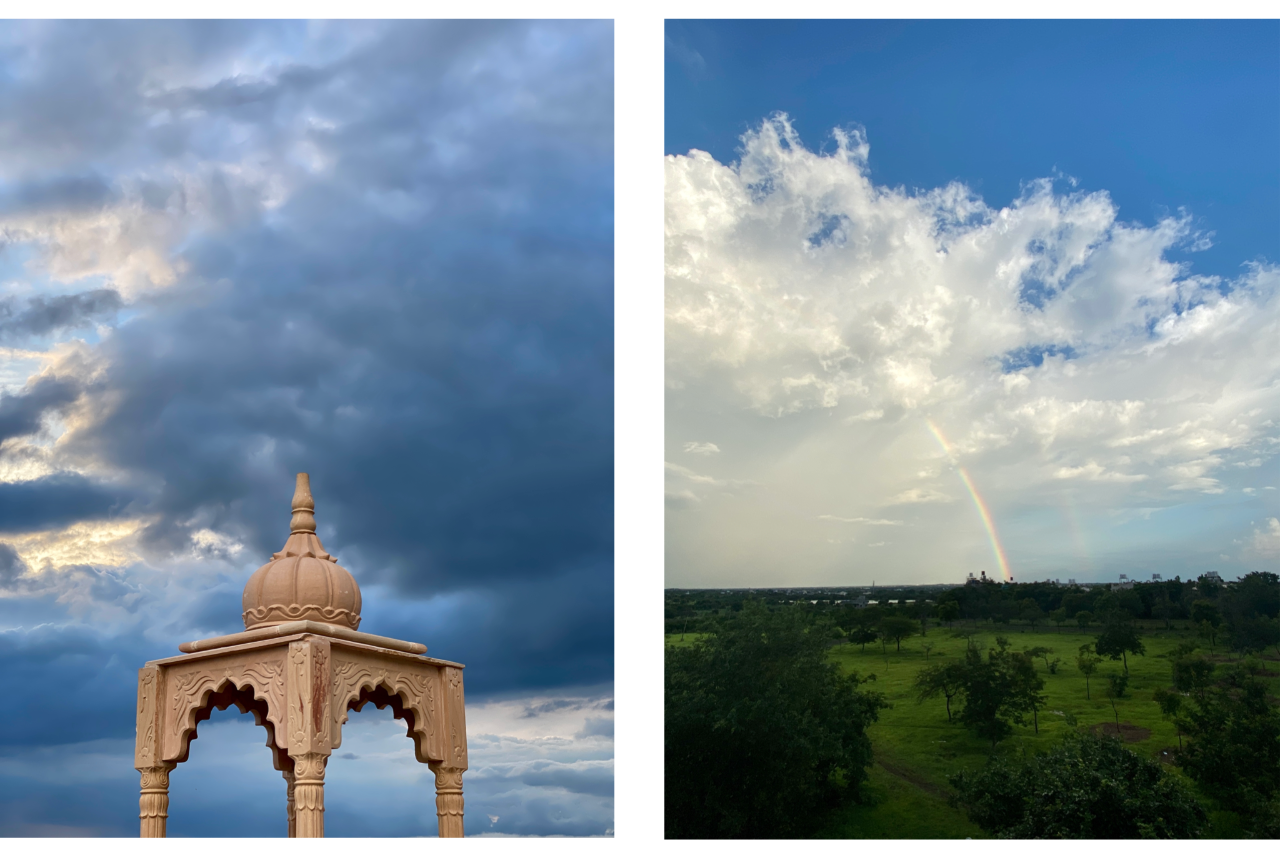 As I look ahead, I recognize that moving back was probably the tip of the iceberg for my journey as an independent writer and singer-songwriter. I have a long way ahead.

A major goal after moving back has been to focus more on my music and writing (blog and beyond). I have gradually been able to give more time to my music and poetry and aim to do more of it. With the blog, my goal continues to be to document my journey and lessons trying to live a slow and mindful life in the form of timeless essays, now rooted in a rural and folk identity. I am also glad to have rolled out one of the things I had planned before my move (monthly newsletter) last month (June) and I can’t wait to share the other stuff I have been working on. 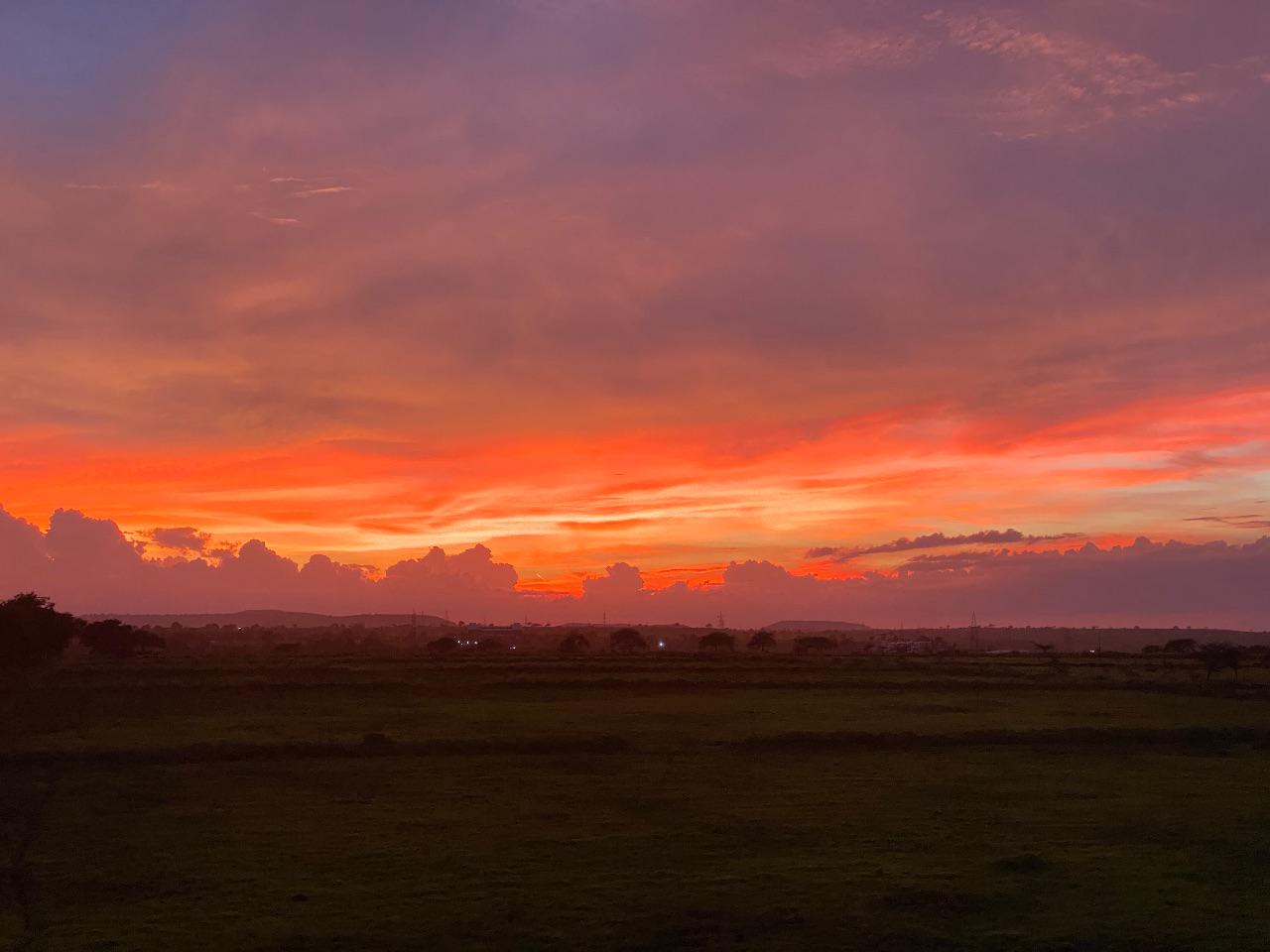 Thank you for reading!

If you have enjoyed reading this essay and find value in my work, consider buying me a coffee. You can also become a patron.